Day 5: Heat Wave vs the Cup of Cool

Posted 9 years ago by admin 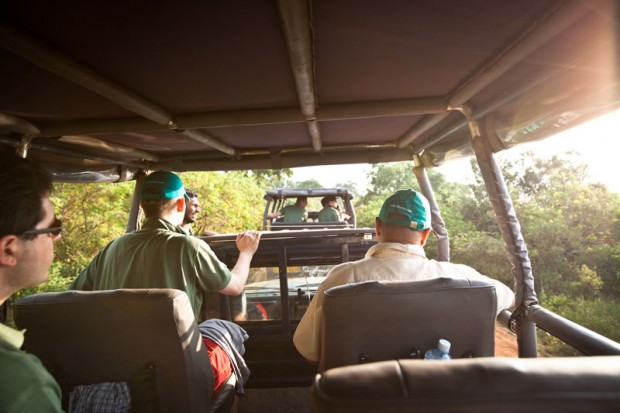 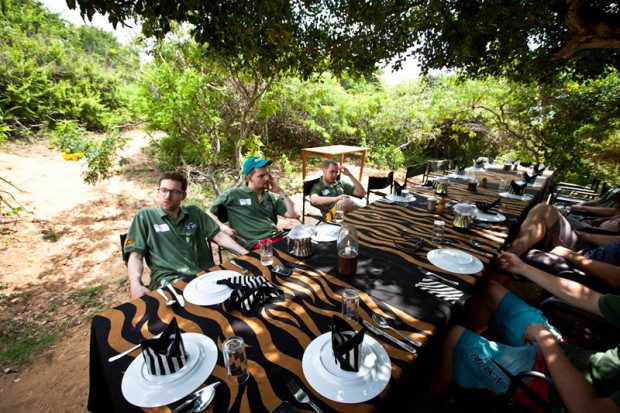 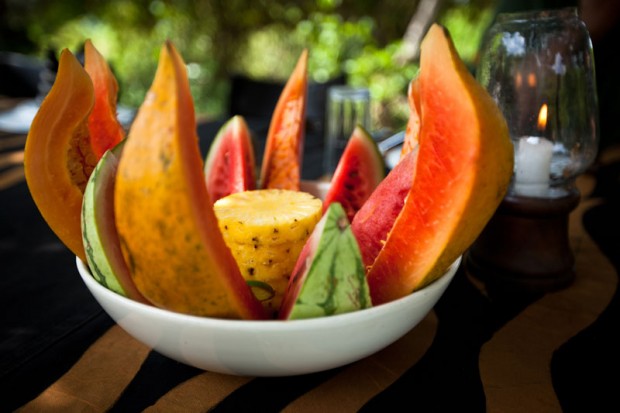 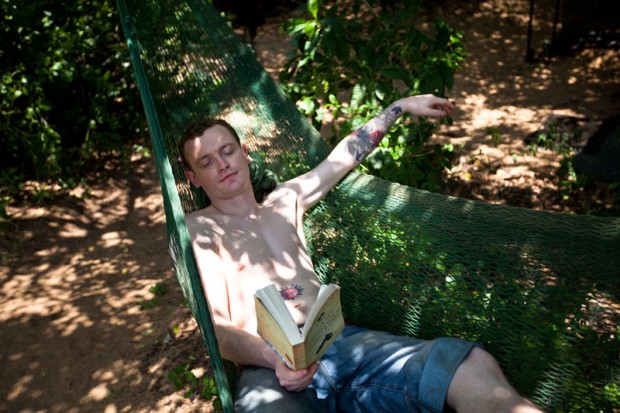 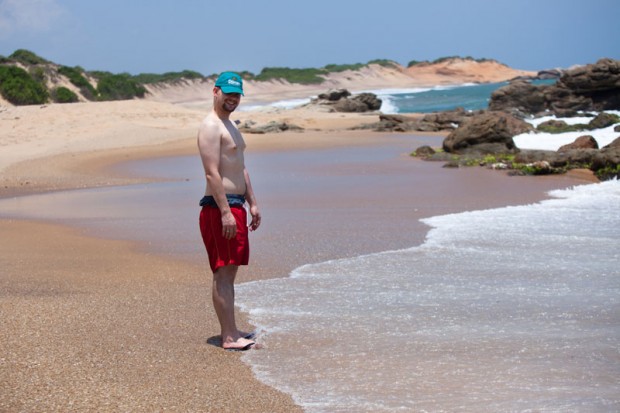 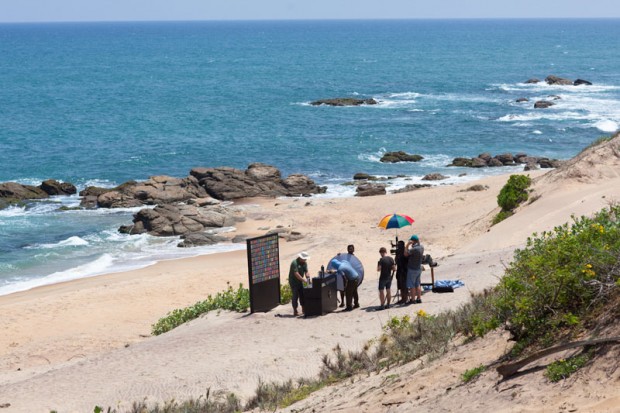 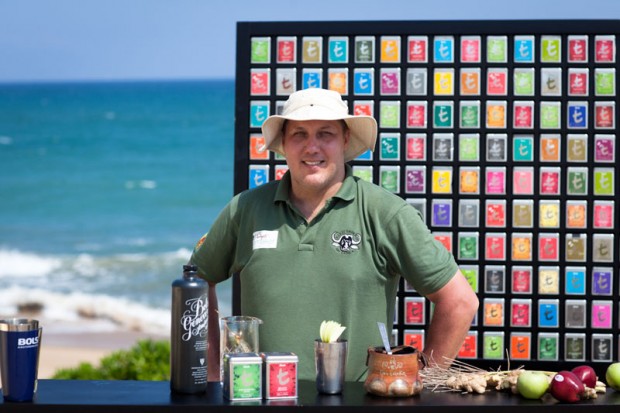 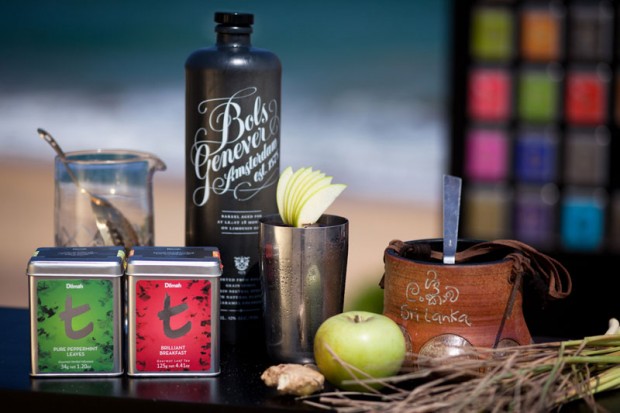 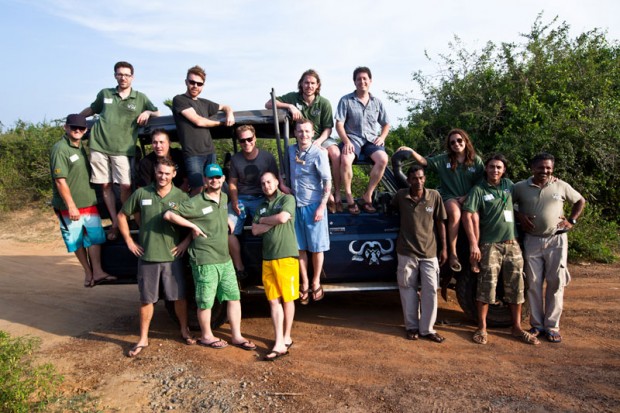 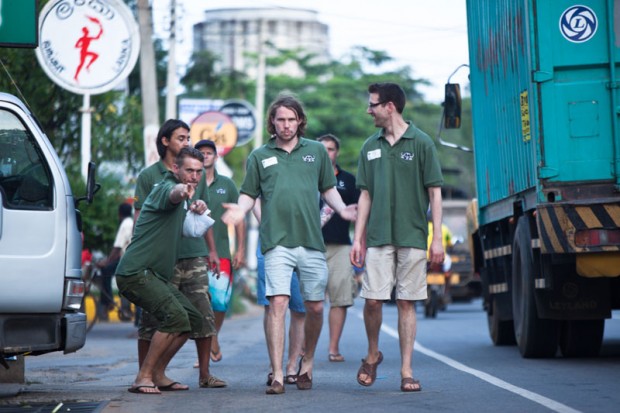 The day five on tour dawned bright and fine and the team was ready to go on safari in the park by half past six in the morning, despite the revelry of the previous night that lasted long and late.  A splash of summer blue sky dotted with lazy clouds and a dash of the balmy wind that eased the heat every once in a while provided the perfect mix for a day of touring inside Sri Lanka’s second largest national park. Although the famous leopard refused to make an appearance, the rich wildlife of the park, including elephants, peacocks, deer, mongoose, many different birds and an over eager buffalo that insisted on joining the group on safari put up a pretty good show.

The troupe returned in time to cool off with a dip in the sea, manna for soul on a sweltering day as such. That is everyone, except Misja, who was the ‘Video Star’ for the day. His cocktail made on the windswept beach, simmering in the midday sun, using not one but two Dilmah teas was as refreshing as diving in to that murmuring blue sea. The cocktail, named ‘Cup of Cool’ – heavenly on a scorching sunny day like this, was a mix of Dilmah Brilliant Breakfast and Dilmah Peppermint Leaves tea with Bols barrel-aged Genever,  apple juice, fresh ginger and lemongrass. The nice citrus notes, the zingy ginger and refreshing apple-mint all brought together by the Bols Genever and the Dilmah tea and stirred with ice made it indeed a cup of cool.

By mid afternoon, after a late lunch, the exhausted and somewhat sunburnt group was ready to pack up and hit the road. There next stop, in this little island with its bewilderingly diverse climate zones, was the cold, misty hills of Nuwara Eliya, in search of that iconic two leaves and a bud.